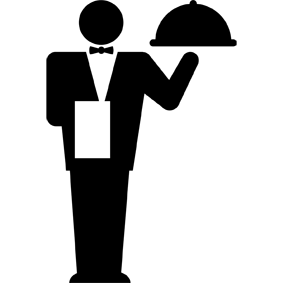 In spite of the apparent diversity of their offering, many companies operate one major business model. There are six reasons why they should engender a degraded or improved version of themselves

Many corporations cook their ingredients always the same way. They operate one major business model, which prevents them from going along with the varying aspirations and purchasing propensity of their current and potential clients. Today’s highly competitive and disrupted environment requires a precision strategy, where core ingredients (assets, competences and capabilities) are assembled according to different business models, whether premium, low cost or mainstream.

There are six good reasons for adopting a differentiated business model, in addition to one’s core model.

There’s hardly any industry that is not under the threat of low-cost and/or premium new entrants. It may be Tesla in the automotive industry. But even in an industry long regarded as immune from intense price rivalry, such as cosmetics, leading firms are shaking in front of low-cost players, like the Italian Kiko or the German Essence, who are slashing prices by two or three. It is tempting to tweak one’s mainstream business model and degrade the value and price, when threatened by a low-cost player or do the opposite, when confronted by a premium rival. However these marginal modifications, which do not affect the core structure, turn out to be temporary patches with little impact. Supermarkets tried to resist attacks from either hard-discount retailers or premium food retailers by emulating some of their characteristics. But these efforts ended up far off the mark, with either a poor profitability or indifferent customers to the efforts of reviving the instore experience. The late CEO of Carrefour (for long the 2nd largest retailer in the world, now the 6th), Lars Olofsson, suffered from the two evils, with his failed policy of “reenchanting the hypermarket”.

Struggling simultaneously against low cost and premium competitors with a mainstream model is a lost battle. Doing the splits is impossible, when fighting on one front is already a challenge. Adaptation cannot be a relevant answer. Only diversification with alternative business models enables incumbent players to compete on equal terms with differentiated competitors. And if they don’t dare cannibalize themselves, they can expect others to do it.

This is what airlines have finally understood, after having lost 50% of their market share in Europe. IAG, formed in 2011 by the merger of British Airways and Iberia, runs its own low cost subsidiary, Vueling, which competes directly with EasyJet. Distorting the traditional model and the low-cost orthodoxy – with departures from major airports, connecting tickets, snacks served onboard, “business cabin” with additional legroom, power outlets, onboard wi-fi and an empty middle seat – Vueling has become a “premium low-cost” airline, like Germanwings in Germany or Jet Blue in the US. It is IAG’s most profitable business, with an EBIT margin of 10%.

Cost-cutting plans, promotions, special offers damage the value delivered and the price positioning that firms have managed to establish over the years. To keep their flagship brand image, a few established players, like IAG with Vueling, have successfully introduced low-cost brands, which enable them to compete in the price war without damaging their flagship brands. The risk of tarnishing one’s image appears unfounded. Even though clients may eventually become aware that the economical brand is an offshoot of the legacy company, this relationship turns out to enhance much more the quality image of the low cost brand, which may become “premium low-cost”, than it undermines the status of the established name. The low-price segment offers indeed a variety of positioning: premium low-cost, “middle-cost”, ultra low-cost. And the same is true for premium.

The real underlying dimension which segments many markets is price. Having only one business model implies missing out on many potential clients. In the very competitive car rental industry, leading players address each major segment of the market with a different strategy and a specific business model. Avis, Hertz and Europcar are displayed as the flagship brand of their group. Endowed with the “gold” option, large corporations and higher professional classes, enjoy the widest range of services, the widest fleet, as well as premium loyalty programs. At the other end of the spectrum, leisure customers are buying a price from the low cost branches of these groups (Thrifty, Interent, Firefly,…). These clients don’t mind having little choice, or returning the vehicle at the starting point and booking and prepaying on the Internet. Running several business models concomitantly enable to use a second brand to contact a client and push an offer, when this client has not completed a booking on the website of the mainstream brand.

Low cost players are expanding the size of the market by targeting customers who cannot afford the product and by increasing the rate of consumption for already existing clients. That’s why the cannibalization effect is moderate. Many Dacia clients were buying second-hand cars; many clients of low-cost airlines or railways would not have gone on holiday. Sky TV provides another example. The company returned to the path of growth with the launch of its low cost offer, Now TV, between 2 and 4 times cheaper than the traditional subscription. Management claims that 90% of customers of Now TV had never considered taking a paid subscription before.

The superior financial results derive on the one hand from the additional volume that has been gained on competitors and on non-clients and on the other hand, from the superior return on capital of the differentiation formula. In the last three years, Vueling, with an average EBIT margin of 10%, accounted for only 8% of the total sales of IAG but more than 15% of its profit.

A more controversial source of savings comes from the differentiated spending patterns and compensation packages. Transavia, the low cost subsidiary of Air France-KLM, enjoys the same operating cost as the premium low-cost operator Easyjet. Its pilots and cabin crew are not only hired on less favorable terms than the parent company (around 20% overall), but they also work more. Its flight crew expenses represent 7% of its total costs, against 21% for Air France. On top of these savings, Transavia does not have to bear the cost of the Air France ground handling staff and may therefore subcontract this activity. Thus its handling fees account for only 5% of its costs, against 24% for Air France. In the same vein, it is estimated that Eurowings, the low cost subsidiary of Lufthansa, benefits from operating expenses 40% lower than those of Lufthansa.