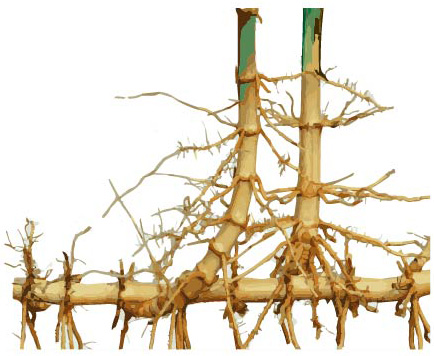 Most companies understand that they have to become more agile if they want to survive and thrive in the long term. Yet, their level of agility often falls short of their aspirations or is never implemented according to desire.

Traditional “crystal” structures, whether functional, divisional or matrix, are indeed a major hindrance. They tend to freeze operations and relations in a configuration where an end-result (a product, a service, a project, a customized solution) is delivered with maximum efficiency. Variations and diversity are possible but within the limits of a given business model. The focus on results prevents the recombination of existing assets and competences to seize unusual opportunities. Any attempt to reinvent oneself runs up against processes and structures designed to maximize reliability and minimize risk. In other words, it optimizes exploitation and marginalizes exploration.

The Advantages Of Bamboo Organizations

While crystal organizations have a neat, regular pattern that makes them beautiful, they cannot withstand disruption and will easily break into a thousand pieces. In their inner quest for perfection, crystals will repel other crystals, with which they are supposed to cooperate. This is also true at an internal level, as crystal are made up of small crystals which operate in silos.

Figure 1: From crystal to Bamboo organizations

At the other end of the spectrum, some organizations reflect the properties of bamboos. These rhizomes proliferate so successfully that they are known by gardeners as invasive and very difficult to eradicate. They have a special development model, with horizontal and underground nodes storing resources and shooting stems skyward. The nodes propagate themselves into the soil, creeping into the slightest interstice, looking for fertile ground to form new roots, from which additional stems will emerge. Their growth is unpredictable and cannot be planned. Bamboo’s diffuse intelligence is not centralized in any single node, but instead spreads throughout its different parts.

To switch to bamboo organizations, companies need to structure their operations not according to their destination (products, clients, regions) but according to their core and common ingredients (technical expertise, know-how, intangible assets, complex processes…).  The architecture then becomes more open, moving and flexible, with a foundation made up of core assets and competences, which different business units draw upon to flourish.

Figure 2 : The transformation of traditional architectures into a bamboo structure. The example of a carmarker

Differences: In the traditional organizational chart, the emphasis is put on the frontiers of each «box», the name in the box and the vertical relationships connecting boxes. In the bamboo organizational chart, the emphasis is on the modularity of the structure, which is made up of a large number of small units, endowed with specific competences and assets, entirely free to have relations within and outside the organization, in order to develop new businesses or strengthen existing ones.

Impact: The major advantage of bamboo organization is that they are built around synergies, whereas traditional organizations are a juxtaposition of individuals and units struggling to cooperate

The Amazon And Netflix Bamboos

There are plenty of bamboo organizations in existence today. For example, Amazon is not a conglomerate, nor a multidivisional organization of semi-autonomous units. It is rather a rational and bold sequel of related core competences that give rise to either self-sufficient businesses (such as Amazon Web Services) or to integrated retail services. The multifaceted development of Amazon is incomprehensible when seen through the conventional lenses of focus on core business. That’s why, throughout its short history, Amazon had to withstand much animosity from a financial community more inclined to demand cash flows from accountable managers focused on their core business, than to imagine powerful synergies between risky ventures.

In the same vein, Netflix developed a streaming business on top of its DVD rental business. This was then complemented by the production of original content (movies, series and TV shows). , Netflix developed different business models – from TV channels and movies to smartphone applications – and has just started its own merchandising business (toys and board games) in order to cross-promote and leverage its intellectual property.

Bamboo Companies Guided By A New Set Of “S” Principles

Thanks to their plasticity, bamboo organizations are not only capable of creating value in very distant universes, but are also apt to develop supposedly incompatible business models in traditional industries. In doing so, they invalidate the theory of Michael Porter, according to which “you cannot be all things to all people”. According to this prevailing paradigm, you should avoid the trap of being “stuck in the middle”, with no clear competitive advantage, and you should choose sides — either differentiation or cost leadership. However, there are now several examples, in a wide range of industries, of companies running simultaneously supposedly incompatible business models. With shrinking middle classes in developed economies, the boom of emerging economies, and the increased pace of technological innovation, there are indeed too many opportunity costs of growing only one stem and being stuck in one business model.  Consider the following bamboo organizations running supposedly incompatible business models:

In the automotive industry, the Indian Kwid from Renault is a perfect example of the nonconformist use of core competences to engender new strains. Standard durable goods designed for developed economies are usually poorly suited to the needs and purchasing power of emerging economies. They do appeal to the affluent few, but fail to capture the bulk of the market. Renault’s top management was visionary enough to create a free-standing entity which drew on the three core competences of the car maker: engineering, design, and purchasing. An ad-hoc structure was set up under the leadership of a trailblazing intrapreneur with the objective to launch an ultra low-cost vehicle for the Indian market. Six months after its launch in 2015, the Kwid became the fifth best-selling vehicle in India, thanks to its unrivalled price of about 4 lakh (around $4,700 to $6,200 in U.S. dollars). 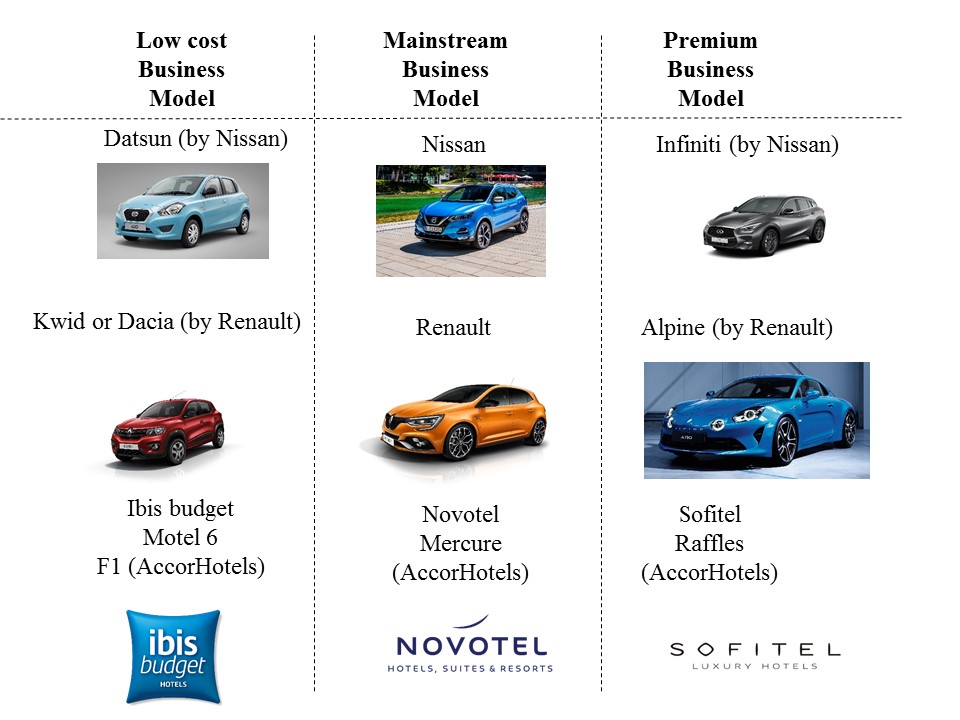 Fig 3 : These “bamboo organizations” are running supposedly incompatible business models. Nissan, Renault, and Accor have low-cost and a premium business models in addition to their initial core models.

The challenge is to transform traditional structures into open, self-evolving organizations. As we’ve seen, there are numerous ground-breaking companies such as LinkedIn, Spotify or Google) that have paved the way and proven the viability of an alternative approach to the financial control mindset that’s so prevalent in traditional companies. Many of these organizations are former start-ups that built their structure from the ground up, without cumbersome legacy systems to eliminate. This, unfortunately, did not save them from the skepticism of the financial community.

However, these seven S principles counter the basic demands of investors for maximum return and minimum risk. The rhizome cannot grow if the strong and established stems do not provide the fledgling shoots with energy, cash, and talent.

In the short run, bamboo organizations will have a lower profitability and greater volatility than their peers, with less cash to give out to their shareholders. They will then endure a lower financial valuation, as the negative impact of slack and unpredictability is felt immediately. The benefits of innovative ventures are uncertain and impossible to calibrate.

Tomorrow’s successful companies will be the ones that put down roots for the long-term, and invest in off-shoots that lead to resilience, growth, and prosperity.